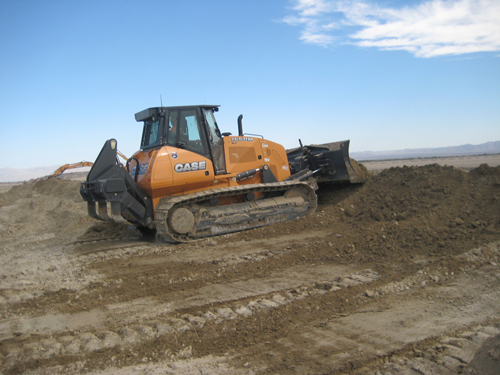 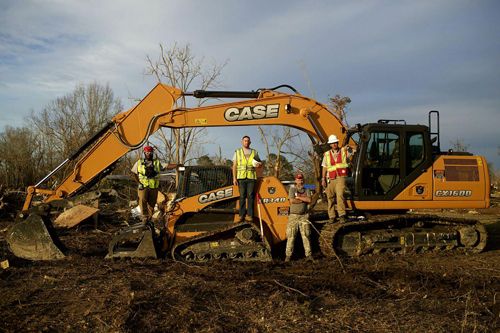 “Our goal while we’re out here as volunteers is to help as many people as we can, to get them to the point where they can rebuild their properties,” says Victor Civitillo, a certified heavy equipment instructor and operator with Team Rubicon who managed the heavy equipment deployment. “Having the CASE heavy equipment here means we can accomplish in two hours what would normally take a full day for a crew working with hand tools. So together we can help families get back on their feet faster, and then the whole community and the local economy recover faster.” 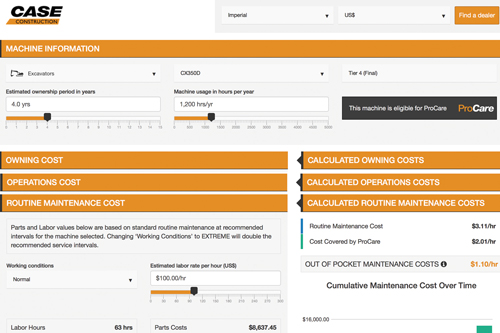 CASE Construction Equipment has launched an all-new Total Cost of Ownership Calculator at CaseCE.com that provides both prospective buyers and current equipment owners insight into lifetime ownership costs. Based on a broad range of operational factors covering the entire line of CASE equipment, the program calculates data in U.S. and Canadian currencies, as well as metric and imperial measurements.

The calculator – available at tco.CaseCE.com – is free to use and is applicable in the U.S. and Canada. 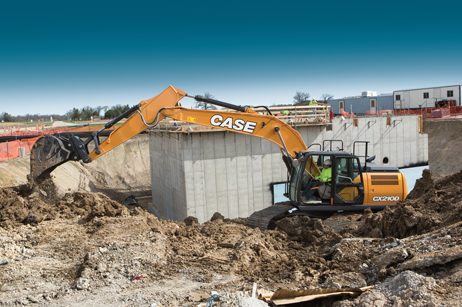 No two earthmoving jobs are alike. The gained wisdom of you and your colleagues, the technological advances in today’s equipment, and your confidence in your workforce can all help you properly bid and secure new work. It’s a tricky process – how do you come in low enough to win the bid but also high enough to ensure profitability in the job? We all love what we do, but let’s not kid ourselves – we’re in this to make money.

What follows are a few tips that I’ve picked up in more than 30 years of working as a contractor and a few years now working as a product promotions specialist with CASE, where I work with contractors from all over the world at the world class Tomahawk Customer Center. It may be as simple as moving dirt, but it’s the attention to detail that will keep you ahead of the competition.