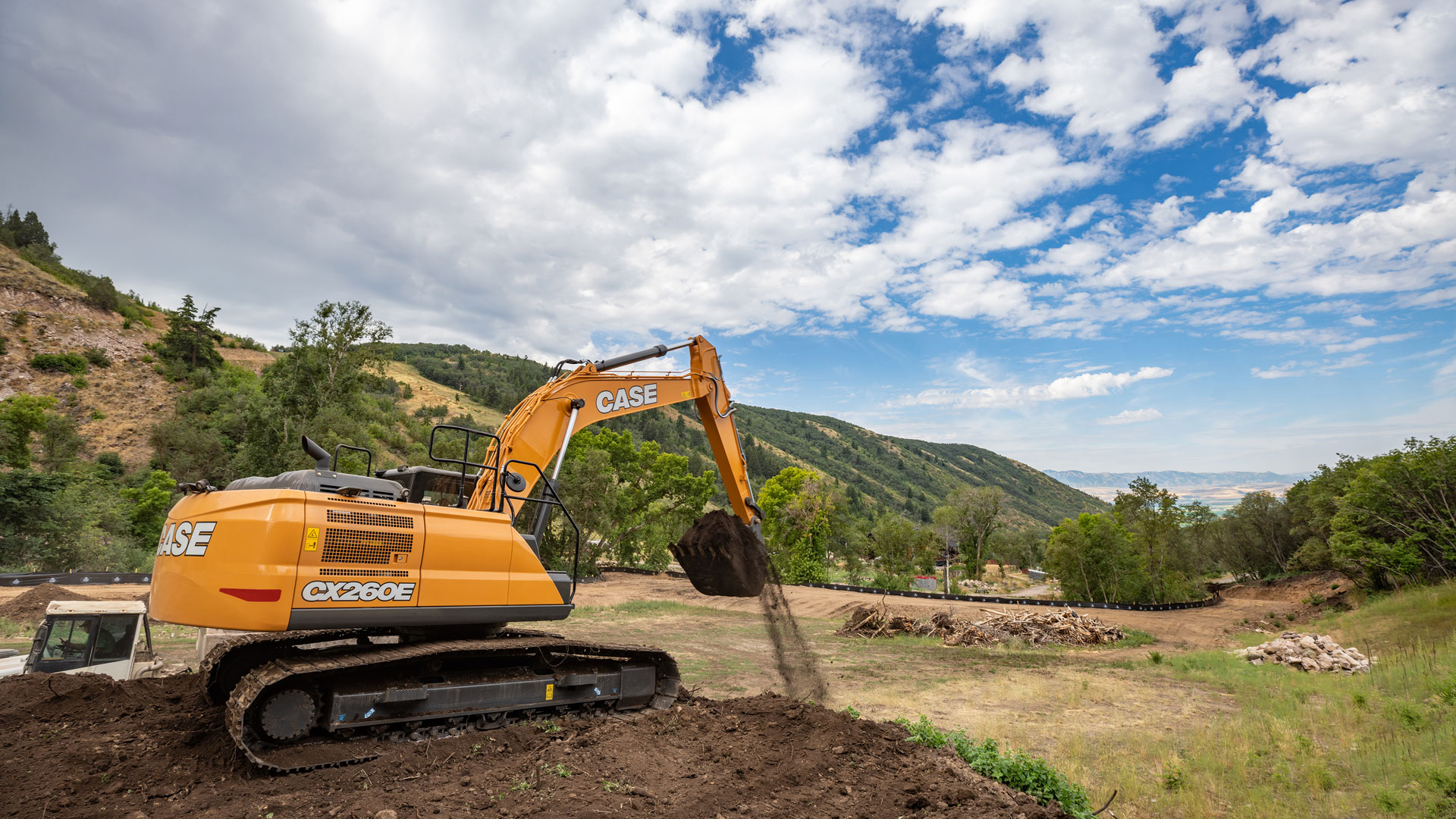 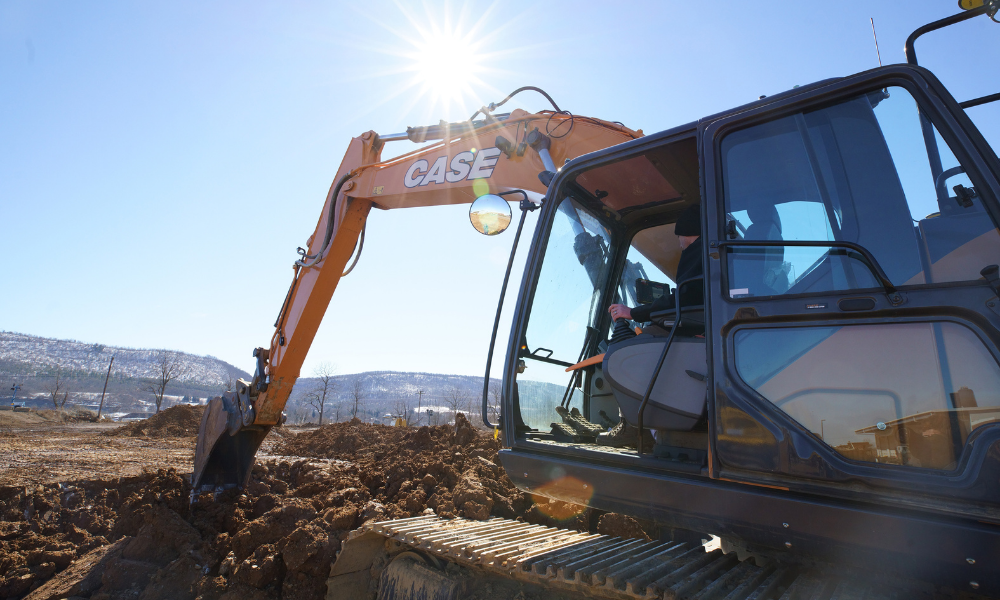 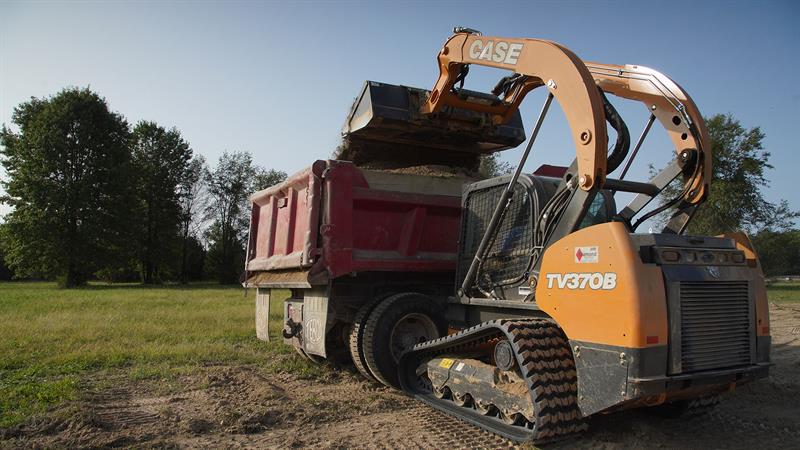 Located in the foothills of the Blue Ridge Mountains in South Carolina, Oconee County Quarry has served its community—and its customers—since 1948. Owned by the county, the quarry is in the unique position of providing stone (blue granite—South Carolina’s state rock) to meet the county’s needs, as well as supplying aggregate products to local residents and business owners. The quarry is, in a sense, a massive piece of local infrastructure that returns profits directly to its citizens.

“I take a lot of pride in the fact that we are here for the citizens. We are not out to make every dollar we can make,” says Billy Buchanan, assistant manager, Oconee County Quarry. “Our goal is to provide stone for the county. That’s our first goal. Second goal is to sell as much as we can because the more rock we sell, the more we can put back into the general fund and people’s taxes are lower because we exist.”

In addition to providing aggregate products to municipal work like roadbuilding and repair, Oconee County Quarry has hundreds of additional customers throughout the area.

“Anything from a local resident who wants stone in their driveway, to farmers, and on into commercial developers that are building subdivisions, large pad jobs for industrial work,” explains Thom Moxley, manager, Oconee County Quarry. “A lot of our stone is sold to the local university down here at Clemson, they’ve done a lot of upgrading over the last few years. It’s a wide range of product base for different customers.”

Bringing the Plant to the Rock
Located on 100 acres, quarry management decided it no longer wanted a stationary crushing plant that they’d have to move from time-to-time to access the valuable rock underneath it. With that, a plan was hatched to bring the crushing operation to the face of the rock, and load out trucks there with already crushed product. As an excavator works away at the face of the rock, the plant moves with it and loads directly into the haul trucks.

“It provides us with the ability to not have to be set in one place,” says Moxley. “We probably have about 50 years of reserve, but over time we will move the plant in different places, different positions, to actually be able to get the rock that we need to, and not have it underneath a static plant. We’re excited about that. That’s not going to hold us up in the future.”

As the quarry upgraded to a new mobile plant, they needed an excavator that would keep up their production goals. “Our old crushing plant was producing roughly 384 tons an hour,” explains Buchanan. “Our new crushing plant is crushing over 600 tons an hour.”

“After going and visiting over in Sweden, where we ended up purchasing this new plant, we saw the type of excavators they were using. We knew that we had to have something in a class larger than 150,000 pounds.” Moxley says.

Moxley worked with CASE dealer Hills Machinery to find a machine and decided on a CASE CX750D ME (Mass Excavation). The CASE CX750D is the largest and most powerful machine in the current CASE excavator lineup. Operating at a best-in-class 512 horsepower, the CX750D is available in standard and “mass excavation” configurations. The mass excavation configuration features a shorter boom and arm that allows for greater breakout forces and faster cycle times and is capable of handling larger buckets for added capacity.

“We decided to go with the mass configuration so that we would have more breakout force and have the ability to get into the pile and cycle quicker,” says Moxley. “It’s got a large cab, I think it’s the largest in the series that it has, and it’s very comfortable for the operator.”

The CX750D is built to achieve faster cycle times, improved control/responsiveness and greater fuel efficiency than previous generations of equipment. An electronically controlled hydraulic pump and larger control and solenoid valves boost breakout forces, increase lifting strength and improve responsiveness. These features combine with the CASE Intelligent Hydraulic System and its four integrated control systems to make the best use of the machine’s hydraulic power and momentum, resulting in added strength and fuel efficiency.

“The CASE is keeping up,” says Moxley. “We had to have an adequate size machine just to keep up with the jaw that we have. We have a 40 [inch] by 60 [inch] jaw and it requires a lot of rock to keep it fed. It’s a very smooth operating machine that efficiently does its job day in and day out.”

The CX750D is also protected by CASE ProCare – a suite of product assurances that includes a three-year Advanced CASE SiteWatch™ telematics subscription, a three-year/3,000-hour full-machine factory warranty, and a three-year/2,000-hour planned maintenance contract. Their relationship with Hills Machinery has proven invaluable to keeping the operation moving.

“They realize what we need and how critical this piece of equipment is to stay in operation. Over time, they have continued to support us in a way that they get here as soon as they can,” Moxley says. “They’ve really worked around us, and came in early and stayed late, so that they could keep our machine running during operating hours.”

“I feel good about our relationship because I think we’ve always been honest with each other and we’ve worked through issues and been willing to agree that we don’t live in a perfect world,” he continues. “Having each others’ trust, and being able to comfortably know that, on both ends, we’re doing the best we can to support each other, we just are going to continue that kind of relationship. It makes us feel comfortable to know that somebody’s got our back.”

As it is owned by the county, Oconee County Quarry takes pride in its civic role and works hard to make sure that the quarry can continue to serve the needs of the growing communities of Oconee County for years to come.

“We pride ourselves in the ability to produce what we produce — we are satisfied to meet the demands locally here for the county, and then be able to try to help the local customers,” Moxley says. “We’re sitting on about a hundred acres, a hundred-plus. We do purchase land when it comes available so that we can plan for the future. We’ve probably got a 50-year reserve, and we will continue to add to that as we get the ability to. We actually set aside a little bit of money per ton to go back into land acquisition so that we can keep this a viable operation for Oconee County.”