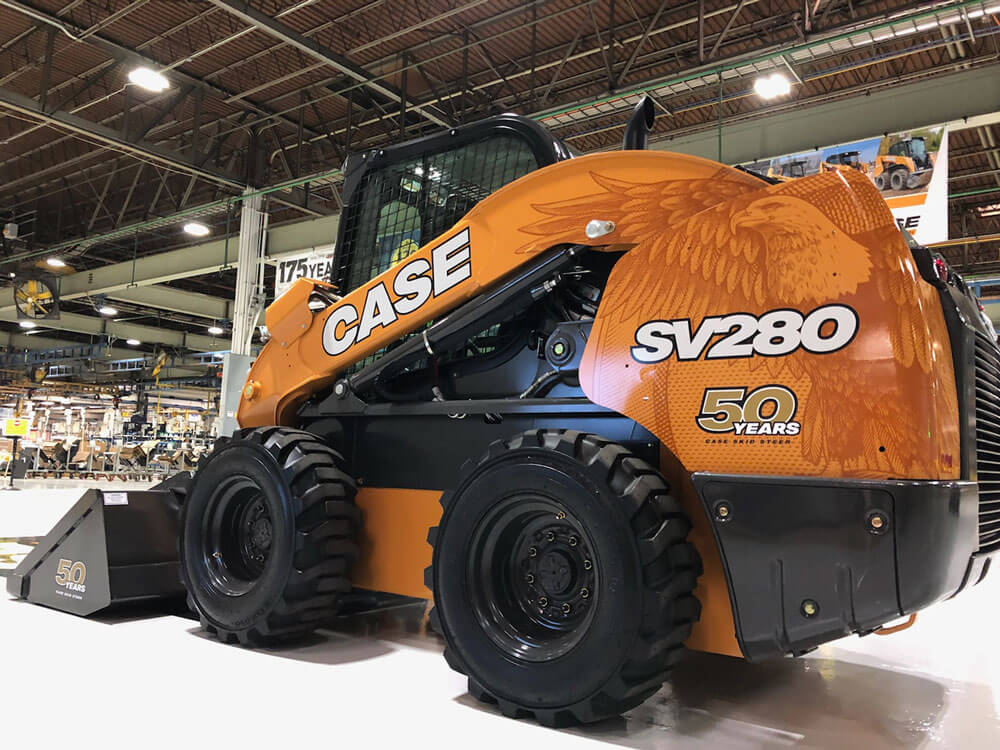 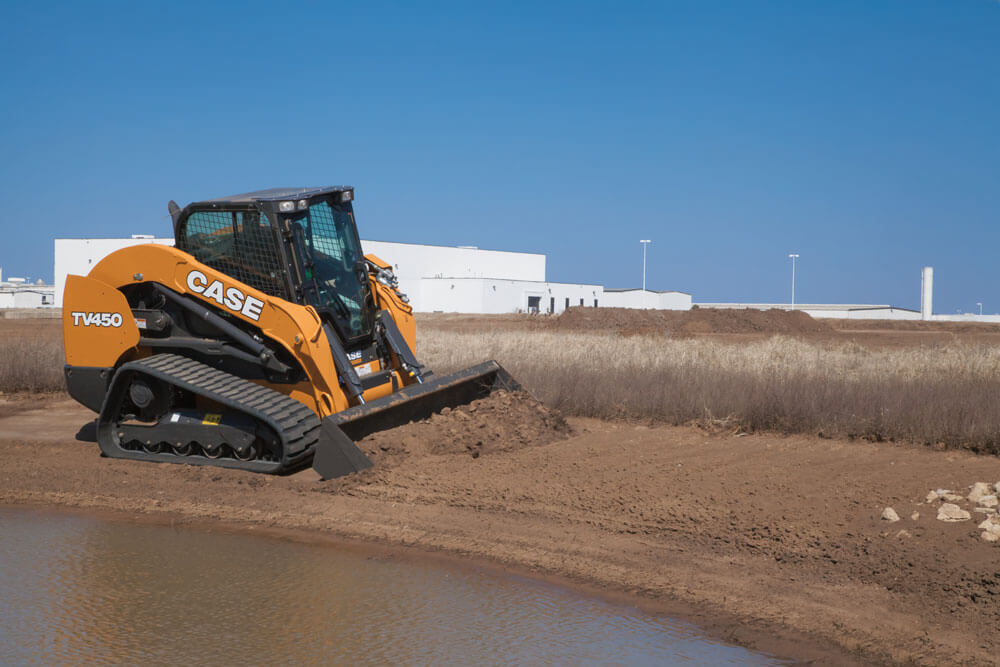 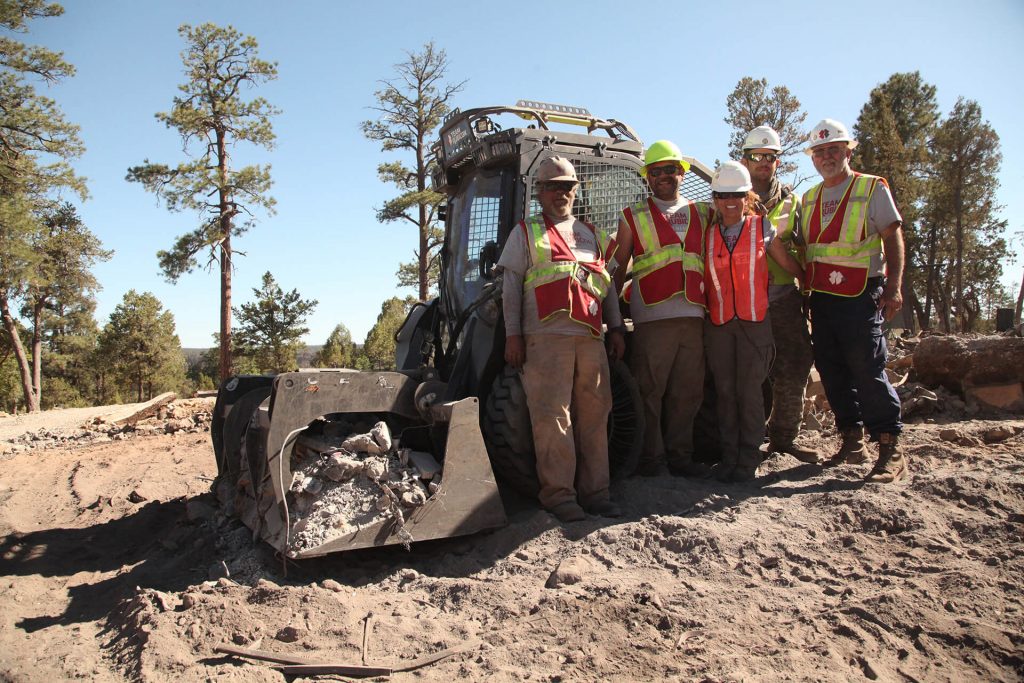 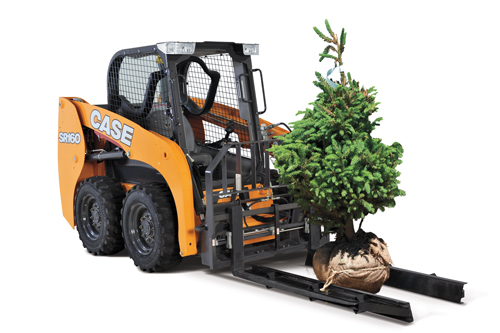 Marshall Postin and his team at Willow Lane Landscaping in suburban Atlanta have a passion for transforming raw earth into beauty. Specializing in landscaping for residential new construction, Willow Lane provides customers with services that take a blank residential site, grade it, prep it for other tradesmen, and add all finishing landscapes and hardscapes.

Postin grew up as a farmer in the Midwest before life brought him to Georgia. After doing some urban agriculture, he quickly realized the opportunity he had to make a living with dirt in the landscaping business.

Postin takes particular pride in not only site beautification, but also the speed and ease with which he is able to get his jobsites to final grade so that he, and other tradesmen, can put the finishing touches on each home. He owned a different brand of loader for many years — he figured he operated almost 30 of them — before making the jump to CASE after Border Equipment (Atlanta, Georgia) demoed him a CASE TV380 compact track loader. He bought one immediately, and has since transitioned to the TR340 models, which operate at the same horsepower but weigh about 700 pounds less. It also offers a radial lift pattern that is optimized for ground-engaging dirt work and generally provides better overall visibility than vertical lift machines.

The speed and power of the TR340 have stood out to Postin as he’s constantly battling wet jobsites, and the demands of homeowners and other trades. The TR340 is his primary earthmover, whether stockpiling wet materials or bringing the site to final grade with dry topsoil.

“It doesn’t matter if it’s wet or dry, you’re still going to produce,” he says. “Keeps you productive. It’s very powerful, very fluid, it moves and flows really nice. It doesn’t hinder it when you get the tracks full of mud, it still keeps on keeping on and it doesn’t change horsepower. You can run them for three hours just as hard as can be and not get sluggish. This machine right here produces till you wanna go home.”

Not only has it handled the brute strength required to work in wet and challenging conditions, but it’s also provided Postin speed and accuracy not possible with his previous machines — a factor that he believes help him complete more jobs, faster.

“The other models we had are not as strong as this right here”, says Postin. “[The TR340] has enough power to grade and stay ahead of my employees as long as it’s within 18 inches of grade. That makes it a plus for us when we can grade and make an extra dollar grading while we’re there doing landscaping. It’s creating more [business]. We’re getting done faster and we can move on to another one.”

“These machines are really responsive and do a lot of work,” he said. “It’s fun to operate and it gets me done sooner so I can go home and spend time with my family.”

“A lot of people say it’s [for] the old timers, but the old timers did a lot more than we did,” laughs Postin. “I guess I like the old school, and it’s bulletproof, and it’s pretty straight forward and simple.”

Another thing that impressed Postin about the machine is its visibility. Radial-lift arm geometries generally provide improved visibility to the side of the machines, and the large cab with broad visibility to the front and rear allows he and his operators to always be aware of the location of other workers on site.

With 23 years of experience under his belt, Postin attributes some of his success to his relationship with Border Equipment. As an owner who’s very particular about the maintenance and upkeep of his machines, Postin trusts that the team at Border Equipment is reliable and will keep his fleet in-shape.

“I’m only as good as the people above me, and anytime we call [Border Equipment] they’re responsive and get their part handled,” he said.

As the kind of businessman who has built an operation and a reputation on handshake deals, Postin values a good partner, and what they bring to the table.

“If I can’t trust you on a handshake, we don’t need to be doing business together. My daddy raised me that way, I got my first loan that way. If we tell [somebody] something, rain, snow, or shine, we’re there. We finish what we start. We don’t lead anybody on and we’re fair.”