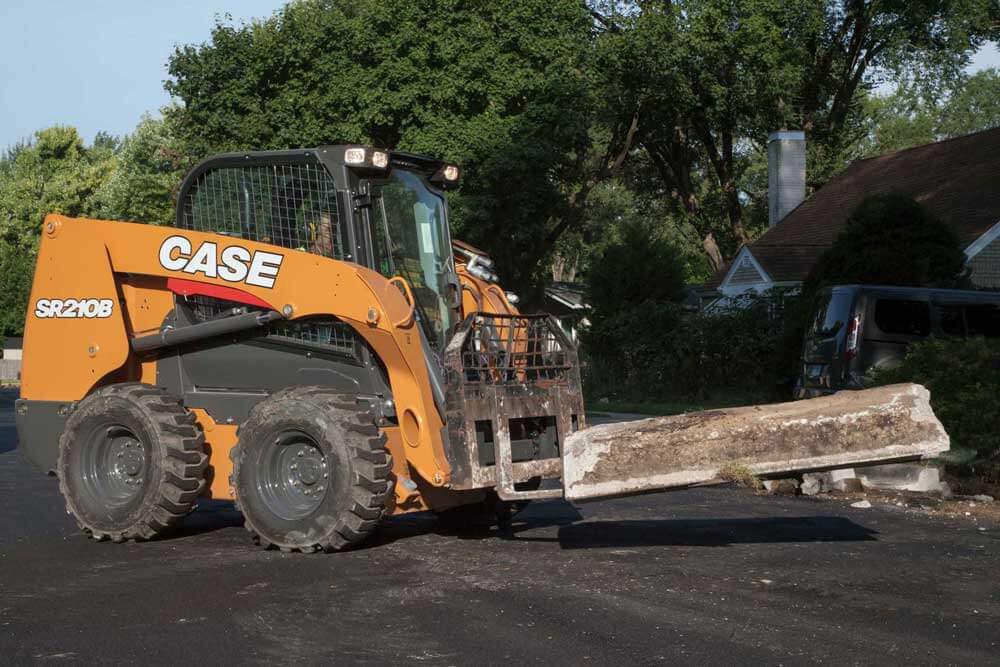 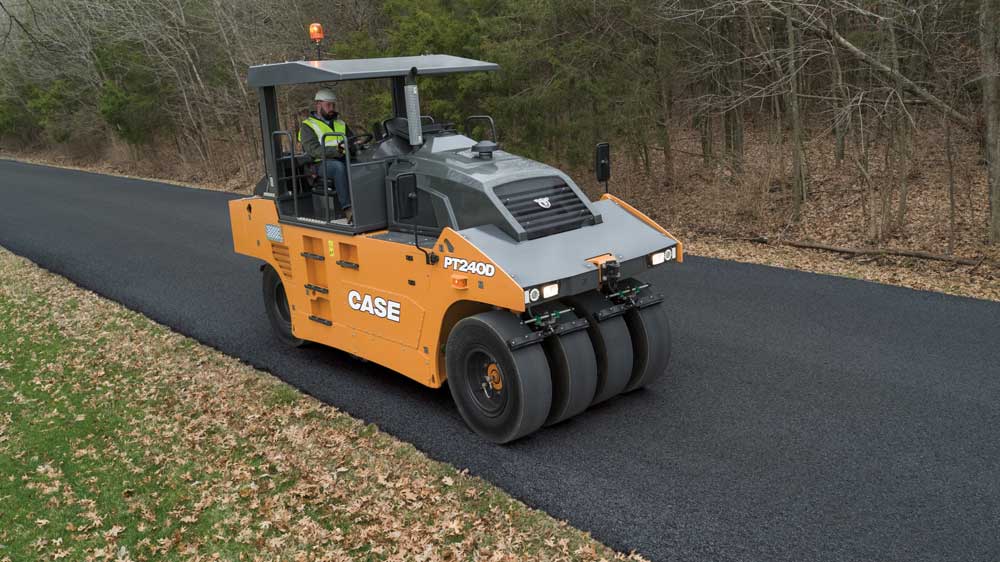 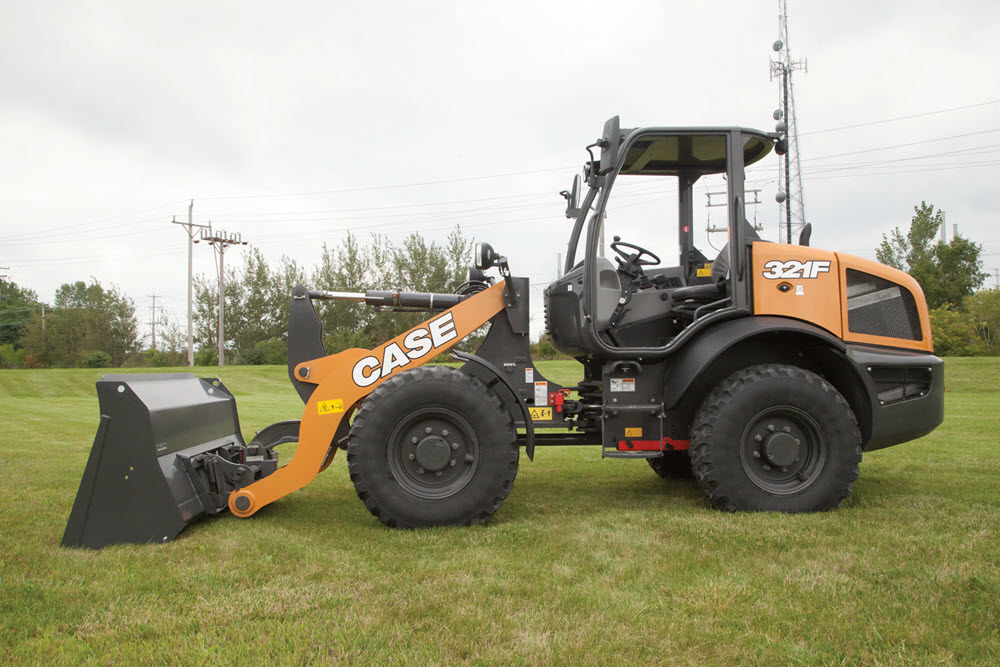 Robert Velazquez —founder of Semper Fi Land Services in Aurora, Ill.—is not your average business owner. He started his landscaping business in 2004 when he was still a teenager, fresh out of Marine Corp. training. Like many, his first landscaping jobs involved doing most, if not all, of the work himself while rounding up borrowed trucks and equipment, but today he runs a flourishing business with a large fleet of equipment and 35 employees.

Starting a business like Semper Fi wasn’t without its challenges. After building his customer base throughout 2004 and 2005, Velazquez got news that he was being deployed. “I was in the Marine Corps reserves, and we got notified that we were being deployed to Iraq,” Velazquez explains. “So all the customers I had built up from 2004 and 2005, I just sent them a letter saying, ‘Hey, I have an obligation. I’m going to Iraq, I’ll be back in a year.’ Didn’t really close the business, but put it on hold. Came back, sent them a letter and said, ‘Hey, I’m back, and I’m going to start my business again.’ Many of those customers I have still today.”

Velazquez returned to the U.S. and Semper Fi Land Services in 2007. The recession was hitting larger, more established companies hard. Luckily, Velazquez had built relationships with smaller clients. “Coming back and starting up again in 2007 during the recession, it was tough for a lot of bigger companies that had been well established. I had built a relationship with some customers to do some of the smaller renovation stuff, so thankfully our company never really saw a downturn in business. We slowly grew each year, adding an employee or two.”

In 2012, Semper Fi Land Services experienced significant growth by expanding their capabilities into ecological restoration. Velazquez says it’s important to know an opportunity when you see one. “I had a mentor who owns a large fencing and iron working company in Chicago. He is 100 percent commercial. Tollway, IDOT, a lot of large City of Chicago construction projects. He introduced me to some certifications that would help me break into the commercial market as a veteran, as a small business and as a minority business. I went and did all of the paperwork and leg work to obtain these certifications.”

“I started to receive calls from certain contractors that were in certain lines of work, and that’s how our involvement in ecological restoration came about. There was a contractor that needed some participation from an MBE (Minority Business Enterprise) contractor, so we looked into it and saw the opportunity with the environmental restoration, seemed like something a little bit different, outside of traditional landscaping, so we went for it, and ever since then it’s grown quite a bit.”

The expansion of their capabilities took Semper Fi into forest preserves and other areas of ecological importance. “It could be controlling invasive species throughout a forest reserve, or a wetland prairie—you do that with controlled burns, herbicide application, or just hand-cutting of invasive plant material in a forest reserve, or a prairie, savanna, whatever it is. Or you could restore a natural area, where you go through and still do the invasive species control, but you’re adding native plants. We’ve got a project that we’re going to be working on at a local forest preserve turning 45 acres of farmland into a savanna. We’re going to overseed the entire thing with native seed, we’re going to plant a couple thousand trees and shrubs, and turn it into a prairie.”

Starting a successful business on your own from the ground up provides one with many lessons. Velazquez shares several tips for motivated business owners.

Tip 1.) Take Advantage of Resources Available to You

“Take advantage of free business classes and seminars. It’s easy to say, ‘I don’t have time for that, I’ve got to go to work.’ As long as you go to one or a few a year. Sometimes you sit in those things and they throw 100 things at you and you feel overwhelmed. As long as you grab on to one or two and follow through with those. Then the next one you go to, grab onto one or two different things.”

I went to this veteran forum for the City of Aurora, and learned about a tax credit per employee that has been with you for a certain time period. Scanned it, sent it over to my accountant, and said ‘What can you do with this?’ It really worked out well for us. Really well.”

“A mentor is going to be helpful, especially if you can have a mentor for your personal goals. Trying to find somebody that’s in line with what you do and how you operate. For me [and my mentor], we have similar certifications, we’re both Marines, have similar work ethics, we are both in the construction trade. He has a much larger company than I do so if I have questions regarding a financial hurdle I have to get over, he’s always there to help.”

“Just having somebody to bounce those ideas off of is good, keeping in touch with certain things. For instance, taking advantage of free advice. We were struggling with some HR stuff as we were growing. He helped us reach out to a small SBA program and said, ‘Hey, we’re having these questions, these problems. What can we do,’ because that’s their job to help small businesses. They reached out and they put us in touch with an HR company, an individual woman that was really knowledgeable. We ended up getting a grant for her to come in and look at everything we had. She still comes in once a month and checks everything over, updates our handbook, making sure that we’re in compliance with all of our employee documents and all that important stuff.”

“We’re involved in the Chicago Chapter of a nationwide veteran networking organization called Elite. It’s a monthly meeting of a group of veteran-owned small business and service disabled veteran-owned small business. What the board does is they try and call in larger agencies and utility companies and say, ‘Hey, what can we do to get you to use veteran business or have requirements on your contracts to allow for the growth of veteran business?’”

“We’ll get the emails of classes that ILCA (Illinois Landscape Contractors Association) host for plant ID or trimming and pruning. We’ll send a handful of guys there, and then those guys will then spread the word as far as how to trim and prune and things like that. We have a good number of employees that are licensed pesticide applicators and operators for the Illinois Department of Agriculture.

“For the ecological restoration side we do controlled burns. We’ll call in a certified safety instructor for the Chicago area for wildfire training, and they’ll come in and give a class here annually. Then for operating chainsaws and things like that, we’ll give our own in-house class for that.”

“I was really involved with the work early on, because I had a little bit more time, so I was able to build a core group of good employees based on what I liked to see as far as attention to detail and doing a good job. That group is still with us today. There are employees that have been with us ten years, eight years, nine years, so that core group is what I rely on to do a good job, and each year we are slowly growing, seeing new opportunities.”

“You’re going to have some ups and downs, some learning experiences, some wins, some losses, but appreciate the wins by appreciating the losses just as much and more importantly, learning from them.”

Tip 7.) Invest in the Right Equipment

“I never thought I’d have a need for a tracked machine, but as you get into larger jobs, more commercial work, and doing more earth work and dirt work, you’ve got to have one. You’ve just got to have it, working dirt with the tire machine when it’s a little wet, you’re going to be spinning your wheels. So track machines are more efficient. Working in natural areas, that’s all you can use is a tracked machines. You can’t use any tired machines. So doing the forestry clearing, the invasive species clearing, it’s a must.”

“We’ve got two track machines that are standard and then as we got into more of the ecological restoration and as part of that invasive clearing, you have to run the forestry attachments more from time to time. And the standard flow machines can’t handle those. So the next track machine that we bought was high-flow, so that way we can cover all aspects of the job.“

“I had my CASE 90XT then. McCann Industries was the next closest place that offered service. And then I also worked with them when we purchased the CASE 435 series three in 2010. That’s how I met Steve Costello, and Steve and I have worked together since.”

“I think it was just a level of service really. When I took them my 90XT for the first time, I really saw the difference in what was done, how thorough it was looked over, and that means a lot because part of being a successful business owner is just having reliable equipment out there and having no hiccups out there when you’re doing the job, having good running equipment is essential.”

The future is filled with opportunity for those who put in the work. Velazquez sees a bright future for Semper Fi Land Services, but knows that with all the growth that he’s seen, he’s going to have some big decisions on the horizon.

“I think it’s going to be me and a group of us really nailing down where we want to be, who we want to serve, and where we want to go moving forward. We started off as doing residential, just traditional landscaping, but have evolved into ecological restoration, we’ve evolved into doing large-scale stream bank stabilization, large scale installation projects for the Illinois Tollway. We’ve got an attachment to the residential side because that’s where we started, and we have a lot of great customers, and it was so good for us, it is so good for us, for so, so long.”

“But then we see the opportunity with environmental restoration, or soil remediation, or working for the Tollway, or local municipalities. So we have to really figure out which direction we want to go, and which one’s going to be best for us, and learn to let some stuff go and be really good at one thing.”