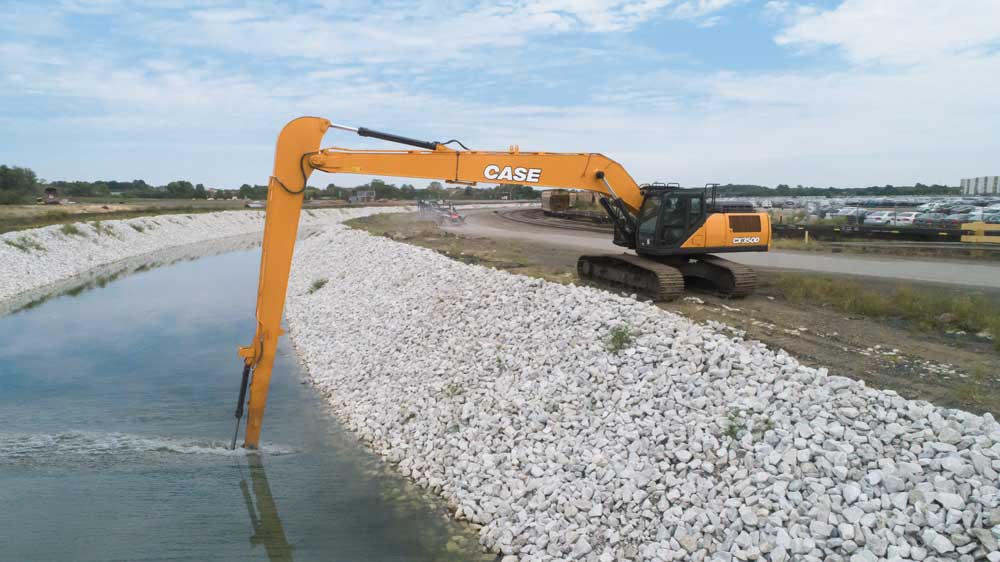 With an operating weight of 88,200 pounds, the CX350D LR features a 268 horsepower Tier 4 Final diesel engine and up to 24,500 foot-pounds of bucket digging force. The extended arm and boom provide a maximum dig radius of 61 feet 3 inches, and a maximum dig depth of 46 feet 3 inches.

Living on an island province nicknamed “The Rock” doesn’t conjure up images of easy digging.  It also drives heavy earthmoving contractors to consider larger equipment to tackle work that may be accomplished by smaller machines in simpler environments.

E.R. Lewis Construction Company, located in Pitt County, North Carolina, has been in business for more than 60 years. Starting out as a small, family-owned business with only a handful of machines, the company has evolved into a force that has tackled everything from agricultural development and subdivisions, to commercial work and highways. The company was founded in 1958 by Eldridge R. Lewis. In its early days, his son Harvey would go to school in the mornings and work for his father in the afternoons. It’s been a way of life for him ever since.